Most In-Demand Programming Languages of 2018

If you’re new to the field of software development, the toughest part of learning programming is deciding where to begin. There are hundreds of programming languages in widespread use, each with its own complexities and idiosyncrasies.

The good news is that as you begin your journey as a software developer, you’ll start to discover which programming language will be most suitable for you, your interests and career goals.

Just as English is the international language of business and French is the language of love, different programming languages are better suited for different purposes. Before picking the right language, you’ll have to answer questions like: 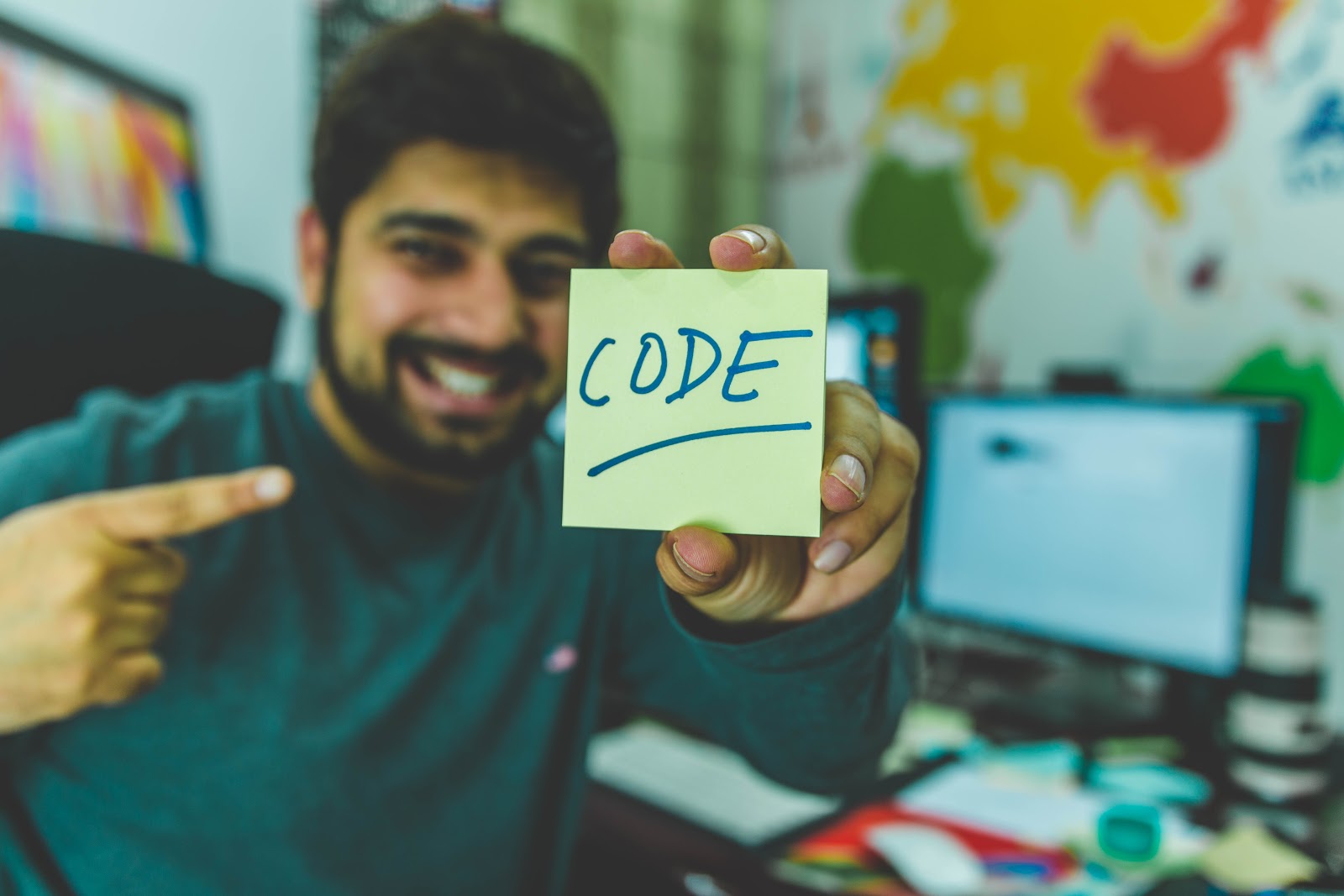 It’s impossible to be a software developer these days without using JavaScript in some way. According to Stack Overflow's 2018 Developer Survey, JavaScript is the most popular language among developers for the sixth year in a row. Nearly 70 percent of survey respondents reported that they had used JavaScript in the past year.

Along with HTML and CSS, JavaScript is essential to front-end web development. A majority of the web’s most popular sites, from Facebook and Twitter to Gmail and YouTube, rely on JavaScript to create interactive web pages and dynamically display content to users.

Although JavaScript is primarily a front-end language run on the browser, it can also be used on the server-side through Node.js to build scalable network applications. Node.js is compatible with Linux, SunOS, Mac OS X and Windows.

Because JavaScript has a forgiving, flexible syntax and works across all major browsers, it is one of the friendliest programming languages for beginners.

If you’re interested Apple products and mobile app development, Swift is a good place to start. First announced by Apple in 2014, Swift is a relatively new programming language used to develop iOS and macOS applications. According to Github's State of the Octoverse Report, Swift has grown rapidly, now ranking as the 13th most popular language by pull request.

Developers use Swift to build powerful, high-performance, native iOS, macOS and Linux apps. Swift is intended to be a faster, more streamlined and easier to debug than its predecessor Objective-C. Once the go-to for iOS development, Objective-C is now considered clunky and dated by many developers. In contrast, Swift has been optimized for performance and built from the ground up to match the realities of modern iOS development.

Developing Swift programming skills is a wise investment for aspiring software engineers. Not only does iOS run on every iPhone and iPad, it’s also the basis for other operating systems such as watchOS (for Apple Watches) and tvOS (for Apple TVs). In addition, Apple isn't going anywhere as tech industry leader and iOS apps continue to be the most profitable in the mobile app marketplace. 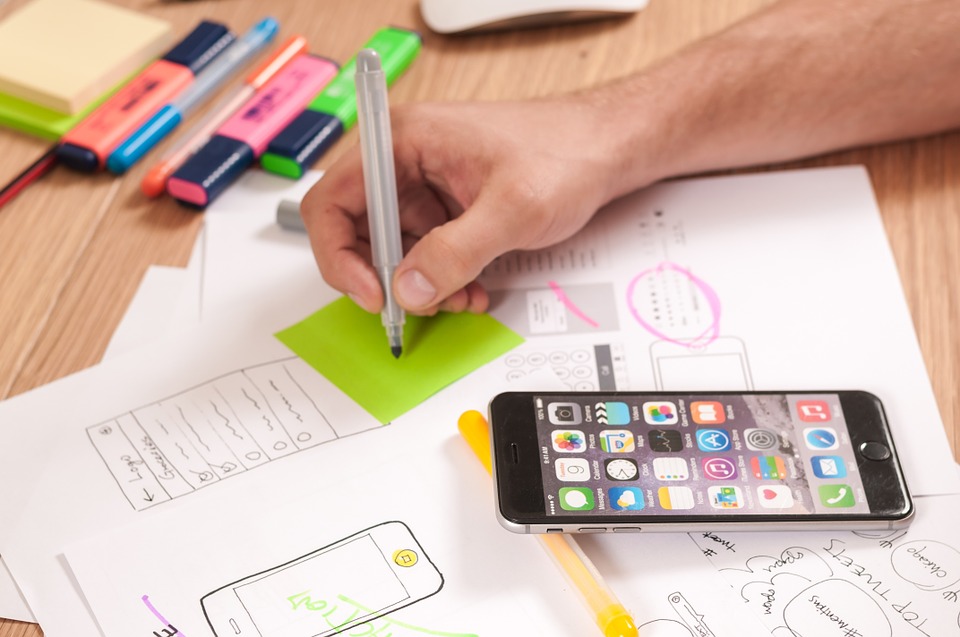 Java, a general-purpose language, has been a mainstay in the world of computer programming for more than 20 years. The key to its popularity has been its “write once, run anywhere” philosophy. Theoretically, you can write Java software on any device, compile it into low-level machine code, and then execute it on any platform that’s equipped with a Java Virtual Machine (JVM). This means Java is highly cross-platform compatible.

Java is also the basis for the Android operating system and the most common language for developing Android apps. The language is favored by enterprises too, with roughly 90 percent of Fortune 500 companies using Java for building applications and back end systems. To top it off, the Apache Hadoop data processing system is written in Java and is run by Amazon Web Services and Windows Azure.

Thanks to its versatility and ubiquity, Java is a common language for beginners to learn, and it’s used in many introductory programming courses.

With so many different use cases, Java is a sure bet for programmers looking for a flexible, modular language with entrenched business applications, and therefore job prospects.

C is an old-school programming language that’s still alive and well today. First introduced in the 1970s, C has had a powerful influence on the computer programming landscape, despite its steep learning curve.

There are dozens of languages in the C family that have been either derived from C or heavily influenced by its syntax, constructs and paradigms. These include several languages mentioned in this article, including Java, Objective-C and C#.

Because it allows you to get so close to the computer’s inner workings, C remains a popular choice for building specialized high-performance applications. C is the basis for the Linux operating system and is frequently used for programming embedded systems.

One of the most direct successors of C is the C++ programming language. C++ builds on C, which gives it many of the same advantages, but C++ is an object-oriented language and therefore is a better option when developing higher-level applications. C++ is a particularly popular choice for computer graphics, video games and virtual reality.

Python is perhaps the most user-friendly programming language of any on this list. It’s often said that Python’s syntax is clear, intuitive and almost English-like, which, like Java, makes it a popular choice for beginners.

Also like Java, Python has a variety of applications that make it a versatile, powerful option when choosing the best programming language for your use case. If you’re interested in back-end web development, for example, then the open-source Django framework, written in Python, is popular, easy to learn and feature-rich. Django has been used in the development of some popular sites like Mozilla, Instagram and Spotify.

Python also has packages such as NumPy and SciPy that are commonly used in the fields of scientific computing, mathematics and engineering. Other Python libraries such as TensorFlow, PyTorch, scikit-learn and OpenCV are used to build programs in data science, machine learning, image processing and computer vision. Python's science and data applications make it a great choice for the academically inclined. 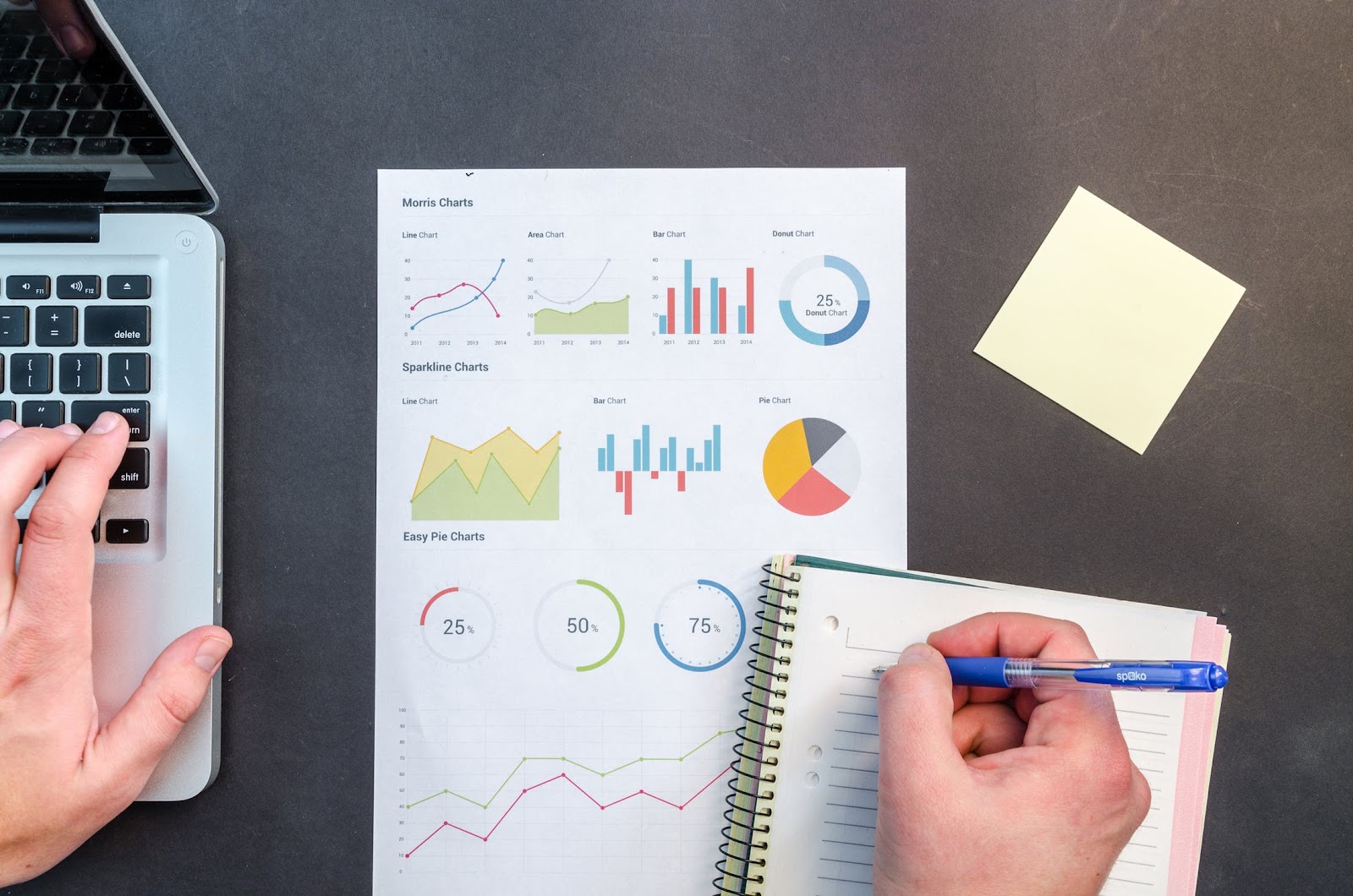 Another solid option for web developers is PHP. This server-side scripting language powers 83 percent of websites and has been a vital back-end tool for tech giants like Facebook, Wikipedia and Yahoo. PHP is also popular thanks to the role it plays in the WordPress content management system, which makes website development accessible to the masses.

PHP can be embedded within web template systems or used to enhance the functionality of HTML webpages. It also transfers data through querying databases like MySQL and PostgreSQL.

As is true with JavaScript, websites use PHP for a variety of purposes, including collecting and verifying form data, creating cookies, and displaying dynamic content and images. Also like JavaScript, PHP offers a number of frameworks, such as Laravel and Drupal, which help developers build applications faster and make them more robust, scalable and secure.

If you want to work as a freelance web developer, PHP is a practical language to learn. With more than 75 million websites running WordPress, there will always be a need for developers who can build custom PHP plugins and provide technical assistance.

Ruby is another scripting language that’s commonly used for web development. In particular, it’s used as the basis for the popular Ruby on Rails web application framework.

Beginners often gravitate to Ruby because it has a reputation for having one of the friendliest and most helpful user communities. The Ruby community even has an unofficial saying, “Matz is nice and so we are nice,” encouraging members to model their kind and considerate behavior on Ruby’s chief inventor Yukihiro Matsumoto.

In addition to the active community and its straightforward syntax, Ruby is also a good language to pick up thanks to its association with great tech businesses. Twitter, Airbnb, Bloomberg, Shopify and countless other startups have all built their websites using Ruby on Rails at some point.

Like C++, C# (pronounced C Sharp) is a general-purpose, object-oriented language built on the foundations of C. It was originally designed by Microsoft as part of its .NET framework for building Windows applications.

Just as Swift is the language of choice for iOS applications, C# is the prominent programming language for building applications native to Microsoft platforms. C# uses a syntax that’s similar to other C-derived languages such as C++, so it’s easy to pick up if you’re coming from another language in the C family.

C# is not only the go-to for Microsoft app development, but it’s also the language mobile developers use to build cross-platform apps on the Xamarin platform. Instead of writing your iOS app in Swift and your Android app in Java, which is twice the work, you can write a single application using Xamarin and C# and deploy to both platforms simultaneously.

Finally, anyone interested in VR development should consider learning C#. C# is the recommended language for building 3D and 2D video games using the popular Unity game engine, which produces one-third of the top games on the market. 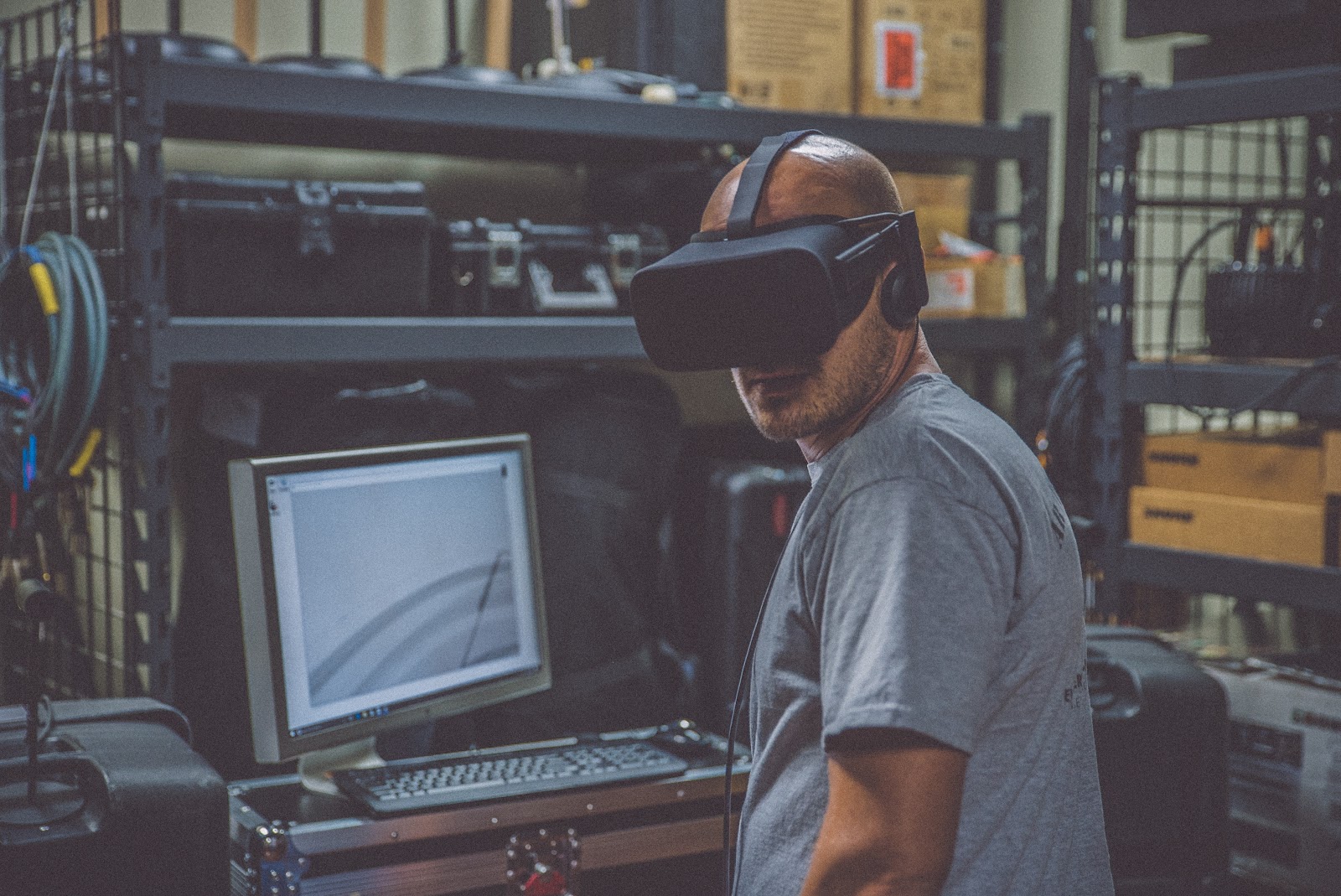 Rust is a bit of an upstart among the other languages on this list, but that doesn’t mean it’s not a valuable language to learn. Stack Overflow’s 2018 Developer Survey found that Rust was the most loved programming language among developers for the third year in a row, with 78 percent of Rust developers saying that they want to continue working with it.

Developed by the Mozilla Corporation, Rust, like C and C++, is intended primarily for low-level systems programming. What Rust adds to the mix, however, is an emphasis on speed and security. Rust emphasizes writing “safe code” by preventing programs from accessing parts of memory that they shouldn’t, which can cause unexpected behavior and system crashes.

The advantages of Rust mean that other big tech companies, such as Dropbox and Coursera, are already starting to use it internally. While it may be a bit more difficult to master than other beginner languages, Rust programming skills are likely to pay off handsomely as the language's popularity will only continue to rise in the near future.

Although the field of computer programming changes rapidly, the languages that we’ve discussed above have a great deal of staying power. By learning one or more of these languages, you’ll be in an excellent position not only for this year, but in the years to come.

When beginning your journey into coding, only you can answer the question of the best programming language to learn. Make your selection based on your interests and the type of software development you want to get into. Here is a quick summary of the different possibilities that we’ve discussed:

The good news is that there’s no single way to learn to code, and it gets progressively easier as you go. Just like learning Spanish will help you with French grammar and vocabulary, learning one programming language helps you build a knowledge foundation that will make it easier to learn the next.

If you find that a given language isn’t a good fit, it isn’t a lost cause — you can use what you’ve learned already to pick up the next one. To actively apply your skill set and improve your coding abilities, all you need to do is get started.