Republicans concern that Google's search results are biased against conservatives, so he has to patiently responds to questions about the search engine.

Pichai: It's not even possible for an individual employee to do that.

Smith: I disagree. I think humans can manipulate the process.

Pichai: Sir, the iPhone is made by a different company.

King: IT MIGHT HAVE BEEN AN ANDROID! It's just… it was a hand-me-down of some kind.

During the hearing, King also suggested that Congress should check Google employees’ social media profiles to monitor their political leanings.

Rep Steve Chabot said that he needed to go to the third or fourth page of search results to find positive coverage of the Affordable Care Act repeal bill.

Chabot: I know Google's attitude, the algorithm made us do it, I don't know if I buy that.

Rep. Ted Lieu said to GOP lawmakers after it was suggested Google search results are purposefully negative for some lawmakers:

People were pretty mad with the ignorance and incompetence in the committee hearing: 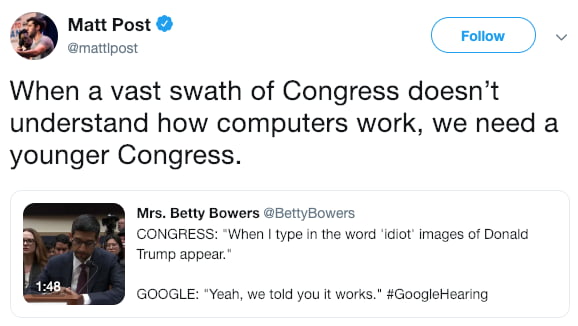 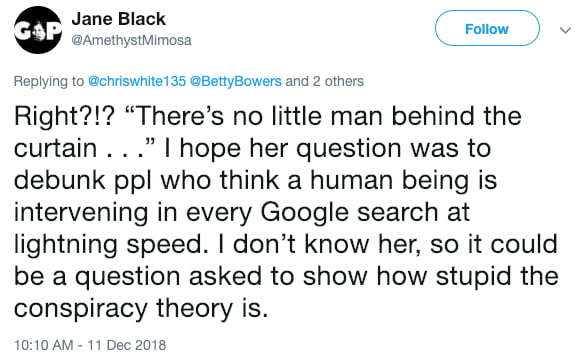