7 Technology Trends That Will Dominate 2018

I demystify SEO and online marketing for business owners. 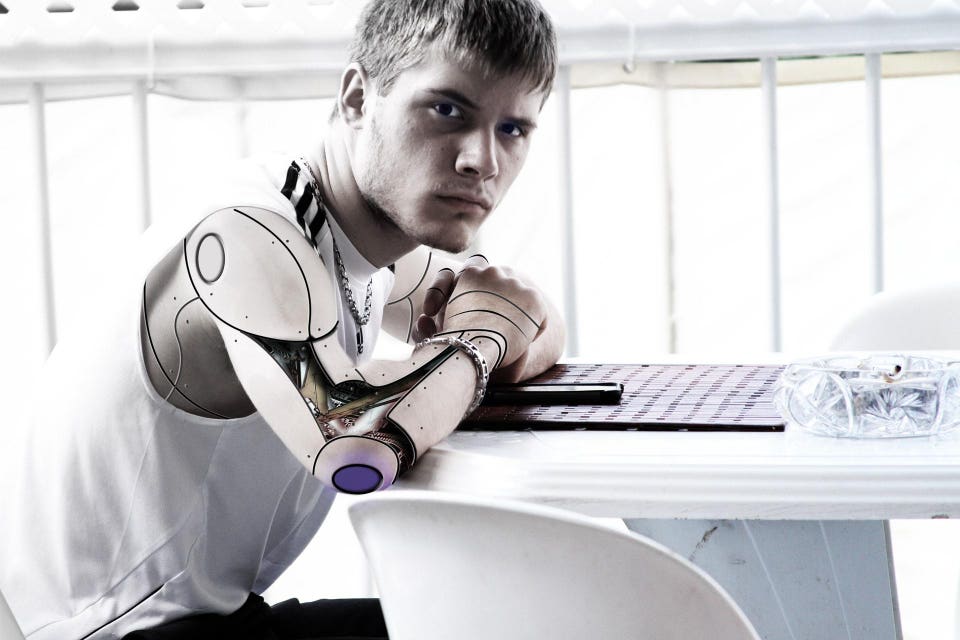 7 Technology Trends That Will Dominate 2018PEXELS.COM

Regardless of whether you’re a diehard tech fanatic, always after the latest devices, or a laid-back “average” consumer, if you’re like me, you can’t help but look forward to the tech developments and trends that lie ahead. After a year with surprisingly high sales for smart speakersand virtual reality, as well as the debut of several new phones and tablets, I’ve spent the last several weeks looking ahead to the possible trends that will unfold in 2018.

As a marketer, my perspective often turns to how we can use these new technologies and trends to better communicate and connect with our audiences, but general tech trends hold much more potential than that—they have the capacity to change how we live and interact with each other.

So what will the biggest tech trends of 2018 be, and how will our lives change, accordingly?

1. AI permeation. Artificial intelligence (AI), largely manifesting through machine learning algorithms, isn’t just getting better. It isn’t just getting more funding. It’s being incorporated into a more diverse range of applications. Rather than focusing on one goal, like mastering a game or communicating with humans, AI is starting to make an appearance in almost every new platform, app, or device, and that trend is only going to accelerate in 2018. We’re not at techno-pocalypse levels (and AI may never be sophisticated enough for us to reach that point), but by the end of 2018, AI will become even more of a mainstay in all forms of technology.

2. Digital centralization. Over the past decade, we’ve seen the debut of many different types of devices, including smartphones, tablets, smart TVs, and dozens of other “smart” appliances. We’ve also come to rely on lots of individual apps in our daily lives, including those for navigation to even changing the temperature of our house. Consumers are craving centralization; a convenient way to manage everything from as few devices and central locations as possible. Smart speakers are a good step in the right direction, but 2018 may influence the rise of something even better.

3. 5G preparation. Though tech timelines rarely play out the way we think, it’s possible that we could have a 5G network in place—with 5G phones—by the end of 2019. 5G internet has the potential to be almost 10 times faster than 4G, making it even better than most home internet services. Accordingly, it has the potential to revolutionize how consumers use internet and how developers think about apps and streaming content. 2018, then, is going to be a year of massive preparation for engineers, developers, and consumers, as they gear up for a new generation of internet.

Here Is #OneShIXttyGift You Can Return This Holiday Season

5 Trends That Will Drive Online Shopping In 2019

4. Data overload. By now, every company in the world has realized the awesome power and commoditization of consumer data, and in 2018, data collection is going to become an even higher priority. With consumers talking to smart speakers throughout their day, and relying on digital devices for most of their daily tasks, companies will soon have access to—and start using—practically unlimited amounts of personal data. This has many implications, including reduced privacy, more personalized ads, and possibly more positive outcomes, such as better predictive algorithms in healthcare.

5. White collar automation. Is your job likely to be replaced by a machine? How certain are you of that answer? AI has been advancing enough to replace at least some white collar jobs for years; even back in 2013, we had algorithms that could write basic news articles, given sufficient inputs of data. Is 2018 going to be the year all humans are finally replaced by their new robot overlords? Almost certainly not, but I do think we’ll see the fledgling beginnings of radical job transformations throughout the United States. I think it’s naïve to think that jobs will be fully replaced, but they will be more heavily automated, and we’ll have to adapt our careers accordingly.

6. Seamless conversation. A few years ago, voice search was decent, but unreliable. Today, voice search might as well be flawless; Microsoft’s latest test gives its voice recognition software a 5.1 percent error rate, making it better at recognizing speech than human transcribers. Similarly, robotic speech and chatbots are growing more sophisticated. In 2018, with these improvement cycles continuing, I imagine we’ll see the manifestation or solidification of seamless conversation. We’ll be able to communicate with our devices, both ways, without any major hiccups or mistakes.

7. UI overhauls. I also think 2018 is going to be a major year for UI; we’re going to have to rethink how we interact with our apps and devices. The onset of smart speakers and better voice search has made it so it’s no longer necessary to look at a screen to input data. Desktop devices are becoming less and less used as well, with mobile continuing to take over. New types of visuals and more audible clues will likely be included in next-generation UI, and consumers will adapt to them quickly, so long as they serve their core needs.

It’s hard to say how fast these trends will manifest, or what types of devices and upgrades will dictate their development, but I’m confident we’ll see increased exposure on all these fronts as 2018 develops.

Regardless of how you feel about technology, or your primary motivations for using it, I think we can all be excited about the new gadgets and infrastructure that await us next year.

Founder & CEO of AudienceBloom, a Seattle-based content marketing firm, as well as EmailAnalytics, an email productivity app, and Kwippy, an iOS/Android app in which users receive themed photo challenges randomly throughout the day. I'm on a mission to demystify and simp